Below is the horoscope of “Mahatma Gandhi”. 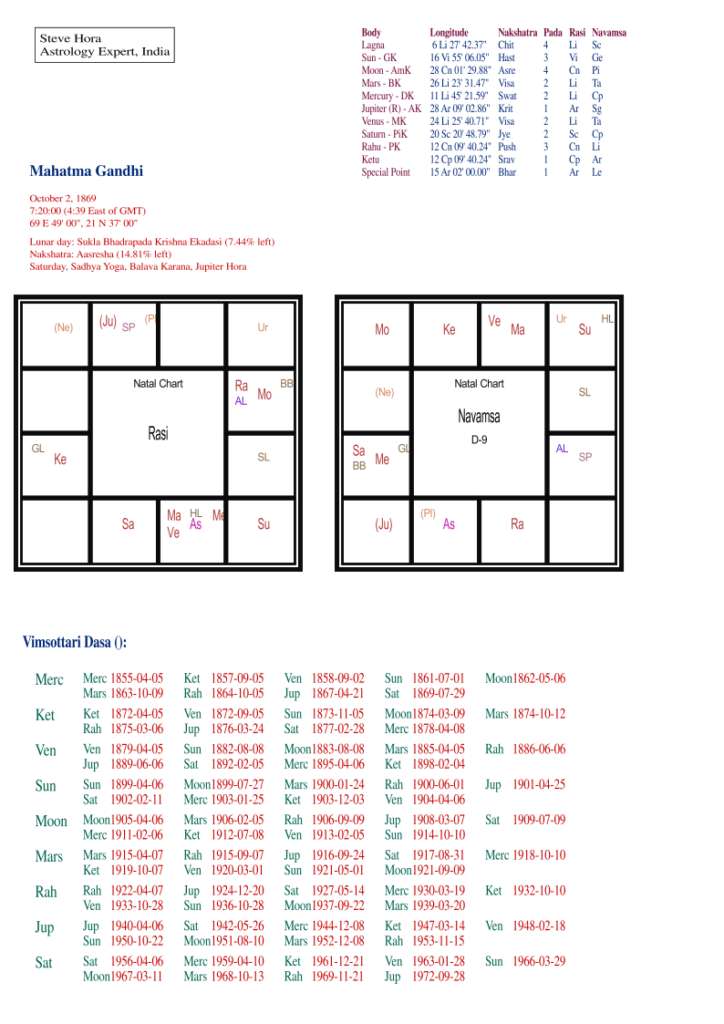 Lagna lord Shukra is in his own house, namely Thula, creating a Malavya Yoga.

Second lord and 7th lord Kuja, sitting in 1st, makes him the “Greatest person who walked the Talk”.

Shani is yogakaraka sitting in 2nd, makes him the embodiment of Dharma in his Speech and Action.

He was Dharmic, Democratic and a supporter of the Downtrodden, which is represented by Shani as Yogakaraka.

9th lord Budha in 1st and 10th lord in 10th, makes him a King Maker and a deeply Religious person.

Rahu in 10th with Chandra, makes him an unconventional person and with his expansive and creative thinking. He was a Leader by his own standards and stood apart from others.

Ketu in 4th, made him suffer for his motherland, and was jailed. Ketu sitting in Chandra nakshatra, indicates that he was jailed for a greater cause and power struggle.

6th lord Guru in 7th, created relationship problems with many, but Kuja and Shukra sitting in 1st looking at Guru, made him adamant and strong, persuasive and soft, to bring people to his views.

Ashtamsa indicates that Guru as 6th lord, retrograde (a religious fanatic) was the assassin.

It was an Akaala-Marana and not a normal end.