The Chinese New Years are Lunar based starting from next lunar day after new moon.

The Vedic Sidereal Horoscope is as below.

From this chart one can read the predictions for the People of China. 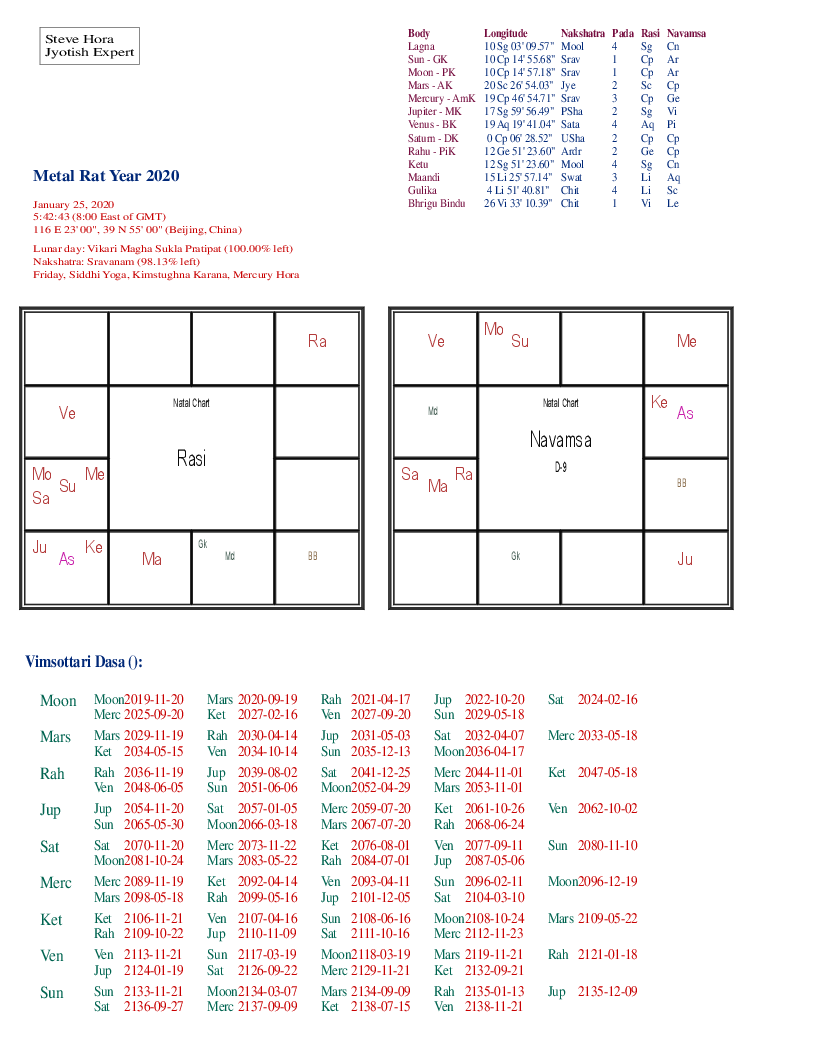 Lagna (1st) lord Jupiter is well placed in its own house in 1st house. But with enemy Ketu (Dragon Tail or South Node of Moon).

This gives overconfidence in oneself and brings about its own destruction.

The Bhrigu Bindu (BB) is in 10th house. All happenings will be around the Head of State and its Power.

Its lord Mercury is in 2nd house, a maraka (killer) sthana.

The Head and Power will be under extreme pressure for no proper explanation of happenings in the country, to its people.

12th lord Mars is in Mars, helps in export, but as 5th lord, Name, Image of People gets tarnished.

6th lord Venus is in 3rd. No good relationships with neigbhors. Friends lost. Rahu-Ketu (Dragon Head and Tail) cutting 1st and 7th house, puts strained relationship for the people, the Head and the country as a whole.

Rahu in 7th house, alone, makes the people and head, secretive. Mercury in 2nd house, makes others suspect the motives.

Saturn is vargottama, so the People will get benefited.

From 17th March till 7th April, Health, Name and Fame was spoiled.

From 7th APril till 7th June, strained relationships, with friends, foes and neigbhors.

From 7th June till 26th June, loss of luck and wealth.

From July 27th till 18th Aug, good exports but with loss of name and fame.