This is a continuation of my research two years back and was published as an answer in Quora Q2A as below. More on it now.

Navamsa is used to get that particular Palm Leaf bundle based on a person’s unique fingerprint.

Combining above Life and Body gives Uyir-Mei (Life-Body) which gives a Soul a Name. So 12 * 18 = 216, which is twice the magic Hindu number 108 and the total Navamsa padas.

Simply put, in Tamil, no words can start with, for example, “ik”, “ich"and so on. The last column in the below table. So there can only 228 legal letters that can be used for a Name.

So there are only 216+12, which can be distributed to each navamsa pada and 12 Rashi's used for names. For example, “Cha” or ச is assigned to Navamsa pada in Vrishabha Rashi.

In a sequential way, all the Uyir and Uyir-Mei letters are distributed to All navamsas and Rashis.

Removing them from below list, the left over is just 108 to be assigned to all Navamsa padas.

As the Tamil language was founded by Sage Agastiya, who also wrote most of the “Tamil Palm Leaf Astrological Reading”, this codification was followed by him.

With his profound extra-perceptional mind, he moved from one Nadi to another in time, to write down the fate or destiny of to be born persons.

But there can be thousands of people born in each Nadi, with the same letter starting. Taking that into account, there are 150 nadis in a Rashi and a Rashi consists of 9 navamsa padas.

Extrapolating one can only map the first letter and sound from the Rashi.

In a Palm leaf reading, one can ascertain mathematically the first letter and consequent letters of oneself, father’s and mother’s name. Thus the name was found. 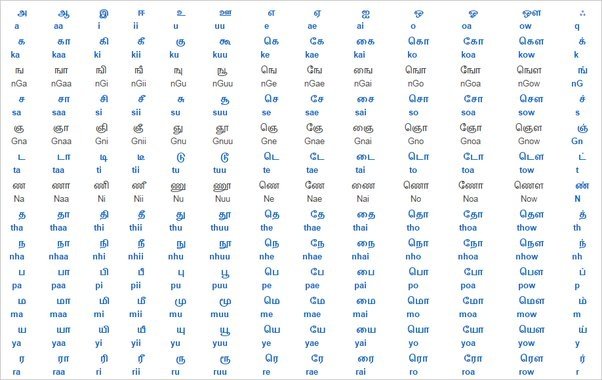